The temple on the Ness of Brodgar 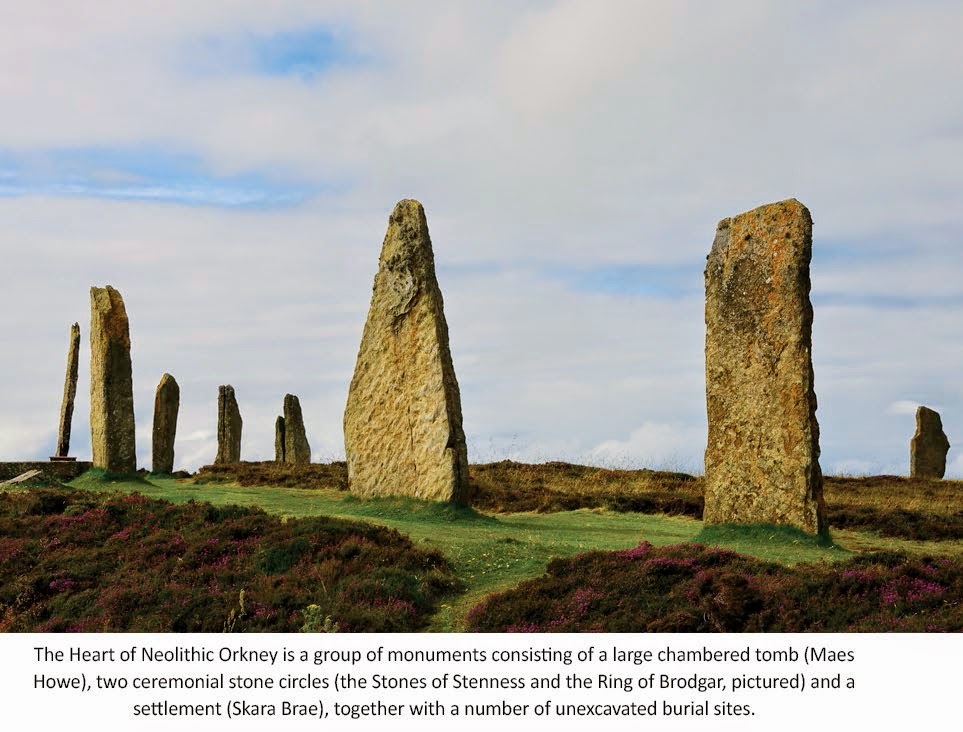 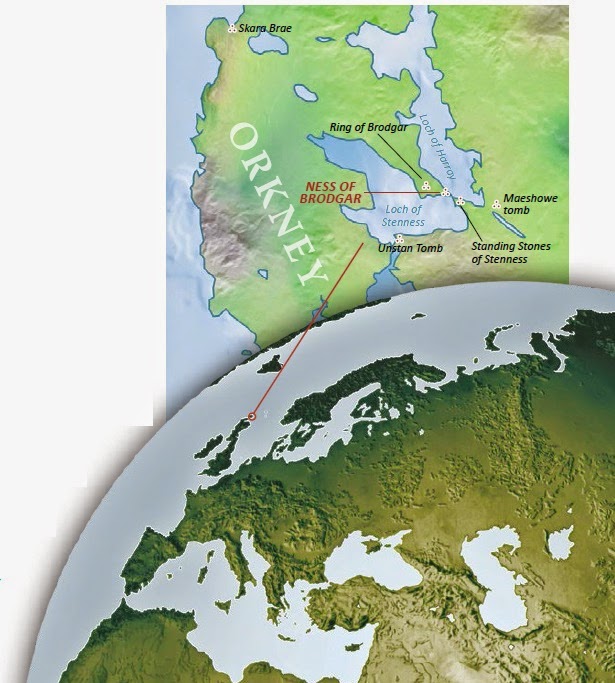 Lead by archaeologist Nick Card, a team opened eight exploratory trenches in the first season. It was soon confirmed the unremarkable rounded ridge was entirely artificial and finds near the surface indicated the structures could tentatively be dated to the late Neolithic period, or around 2300 BC. Neolithic buildings of this shape and size were unknown prior to this and what had been an inconsequential hillock on a little spit of land had become the United Kingdom's historical discovery of the decade!

Since then, excavations at the Ness of Brodgar have occurred each summer season and it's been described by many who have worked here as the archaeologist's dream site. Its clean walls, copious finds and limited later construction on the hill's surface means the remains are providing more information about this period than any other excavation has before. Only around 10-15% of the site has been cleared thus far and already it's overwhelmed even the most cynical historian.

For the first four years, speculation continued to rage about its purpose. Nothing had been found like this in Britain and internationally, the only relatable sites were two in Malta. Although the Ness site was originally ventured to be a settlement, what ancient settlement required outer walls to be more than two metres thick? No one had ever seen rectangular Neolithic houses with multiple, erraticallysized entrances. The evidence didn't fit with a settlement. So, perhaps it was a temple? However, Neolithic-period temples are so rare in Europe, this loaded term would only be committed to with indisputable evidence. This mystery was enticing and aroused the imagination of everyone who laid eyes on the excavation.

Piece by piece, season by season, the earth was scraped back. Constructed of skilfully stacked flat slate pieces, individual buildings rose between pathways, odd hearths appeared in doorways, the strange and enormous enclosure wall seemed to force passage through the precinct and hundreds of artefacts emerged, all dating to before the Bronze Age. Patterned and even painted stones were uncovered, testifying in its heyday, the structures would have been colourful and eye-catching. The finds included both whale ivory and stone mace heads (symbols of status), a small fired-clay figure now called `The Brodgar Boy', slabs of rock engraved with geometric patterns and an ingeniously carved stone ball.

Most importantly, there was a telling lack of domestic flints, pottery and household waste which usually accompanied settlement. There was no other explanation, it had to be ceremonial.
Archaeologists can now conclude that on the Ness of Brodgar is one of the rarest of rare Neolithic temple complexes. And, just as amazing, is that while the Salisbury Plain henges and ceremonial pathways bear a striking resemblance to these monuments, they are several centuries younger. The discovery of the Ness complex, its purpose and significance had literally turned British prehistory on its head. Evidence suggests the temple had functioned for a thousand years. It had endured multiple rebuilds by the local farming communities who dedicated their sacred space to the seasons and landscape from which the were entirely governed. They worshipped pagan gods and ancestors by performing cleansing and passage ceremonies and most likely progressed from building to building as part of this ritual, leaving hundreds of sacred objects behind for their deities.

Then, approximately 600 years after the complex was first built, the massive Ring of Brodgar was constructed to the north and the temple's internal buildings were replaced with a single, large structure (25 x 25 metres/82 x 82 feet). Archaeologists have conjectured that for the next three centuries, the single building and Ring to the north became the final destination on a sacred pilgrimage from life to death.

Finally, the Ness of Brodgar temple, already ancient by its own standards, went out of use in around 2300 BC. Evidence points to the locals heralding the end of the temple's era with a momentous party that could have lasted days and hosted masses of people. This is known because just beside the enclosure wall was a pile of bones of approximately six-hundred cattle, all carbon dated to the same time of approximately 2300 BC. Six-hundred cattle can feed ten-thousand people and cut and burn marks indicate they feasted well.

After the cattle slaughter, no further evidence remains to support further use and either by the natural progression of time, or even by the partiers themselves, the walls were pulled down and the foundations buried. A new era of technology had begun - the Bronze Age - forever changing religious practices and beliefs and the old temple was sent extravagantly back into the earth where it lay in secret for 4000 years until a geophysicist and his modern machine stumbled across it.

The temple on the Ness of Brodgar remains the most evocative of ancient sites discovered in Britain. Eight-five percent of this site still remains within the earth and many expect this once commonplace hill to surprise for many years to come.

LINK
Posted by Mitch Williamson at 6:05 PM No comments: